On August 17, 1992, the Internal Revenue Service designated TSLC as a 501© 19 organization, meaning that TLSC is exempt from federal taxes.  TLSC, qualifying as an exempt organization, is further exempted from State of Texas franchise taxes and state and local sales taxes.

On January 31, 1991, TLSC was granted a charter by the Korean War Veterans Association (KWVA) and 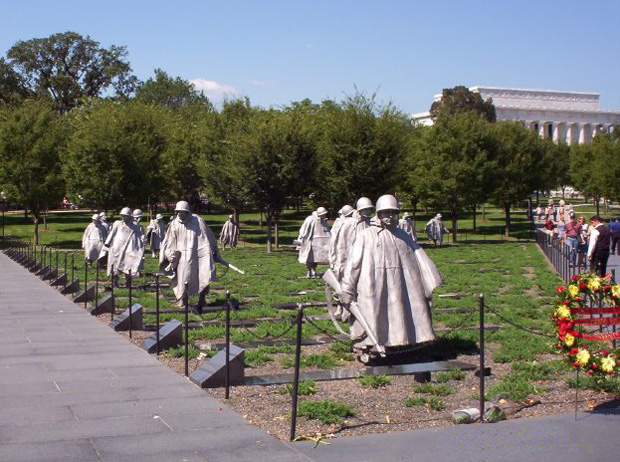 served as a chapter (#76) in good standing for a period of 18 years.  On February 19, 2009, in accordance with chapter by-laws, the chapter voted to withdraw from KWVA and returned the charter.  This decision was not made in anger or lack of respect for KWVA, but rather in the realization that our goals and priorities are best met by focusing on the chapter programs already in place that have been and continue to be very successful.

In the period from 1991, TLSC membership grew steadily with members residing throughout Texas reaching 650 members in 1998.

Early on   (1994-1998) the TLSC board and leadership realized that there needed to be additional chapters across the state, not just one based in Houston.  Non greater Houston area Korean War veterans would be better served with local chapters.  Many hours were spent by TLSC leadership working with chapter members who resided outside of the greater Houston metropolitan area to form chapters with TLSC serving as their "big brother" so to speak, to help them get off the ground.  It was slow at the beginning, but it was successful and today there are eleven (11) active Korean War Veterans organization/chapters as a result of the vision and effort invested by TLSC and its leadership.  But the job was not finished - yet.  In 2001, Howard Nathan (L467 - now deceased) fathered the idea of forming a Texas Department of the Korean War Veterans Association.  Howard grabbed the ball and ran with it.  The project entailed contacts with the Texas chapters that had been formed.  All were interested.  Again, with Howard leading, TLSC worked its way through the process both nationally and within the State of Texas to establish a Department.  Development of Department of Texas by-laws was led by Carlos Ballard (L-35).  The TLSC officers in place agreed to also serve as interim officers of the Department until an election could take place which happened in October 2003 and the first elected officers of the Department of Texas took office in January 2004.

Today, TLSC has an active membership role of over 300+ regular members.

We are very proud of the role that TLSC has played over the last eighteen years in the development of chapters across the state, the creation of a State Department and our ongoing chapter programs and service projects which continue to grow and thrive because of the commitment and participation of our members.  These programs and projects are further described on this website and we encourage you to visit them.